When to See It

Have been mentioned in the local news and was on the Great Christmas Light Fight in 2017 Season 5 episode 6 and on Season 6 Special Dispiay Episode.

Welcome to Christmas 2017 If this is your first time in receiving this message, I would like to introduce you to my Christmas Display for 2017. I construct each year a Christmas Wonderland of wooden buildings that I personally designed and built. Some previous years buildings include: - Santa's Castle that stand 9 ft. tall where Santa and Mrs. Claus live - The Bi-Polar Spa for Penguins and Polar Bear to relax in an indoor water park - Kringle's Bakery where Santa and the Elves make bunt cakes and other baked goods - Santa's Toy Factory with a subway in the basement to deliver the finished toys - Snowflake Factory where snowflakes are press out from ice cubes and sent out to the clouds all over the world - The Gingerbread House where you have the gingerbread family making gingerbread cookies - Santa Train with a Penguin Engineer and a Reindeer as his assistant - Igloo home for penguins - Observatory that tracks naughty and nice children throughout the world via a magical telescope - Nativity - Archways magical arches to walk under to enter the Christmas Wonderland - Light Em Up that is the light bulb factory - Reindeer Cabin where Santa's Reindeer can go home to rest and relax with their elf friends - Training Academy is where Santa's Elves and Reindeer are trained in the art of toy making, gift wrapping, singing carols, packing Santa's Sleigh and flight school. - J Frost Diner where Santa and his helpers can get a snack or a meal at any time - 18 foot PVC Tree that looks like a real tree draped in lights Some fun facts for this year's display are: - 142,262 lights on display - it took Santa Helpers 667 man hours to install - 257 Extension Cords - 5,474 Ft of extension cords - 20 rolls of electrical tape - 1,320 Ft of electrical tape Last year we raised $3,026 for the Hemby Children's Hospital in Matthews, North Carolina. Merry Christmas and Happy New Year

They build their own buildings and you get to walk through and see them all. This was actually our first year knowing there was all the buildings in the back. We will definitely be back.

every year there is a new building added to Nikitas Christmas Wonderland. 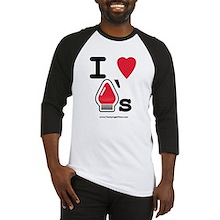